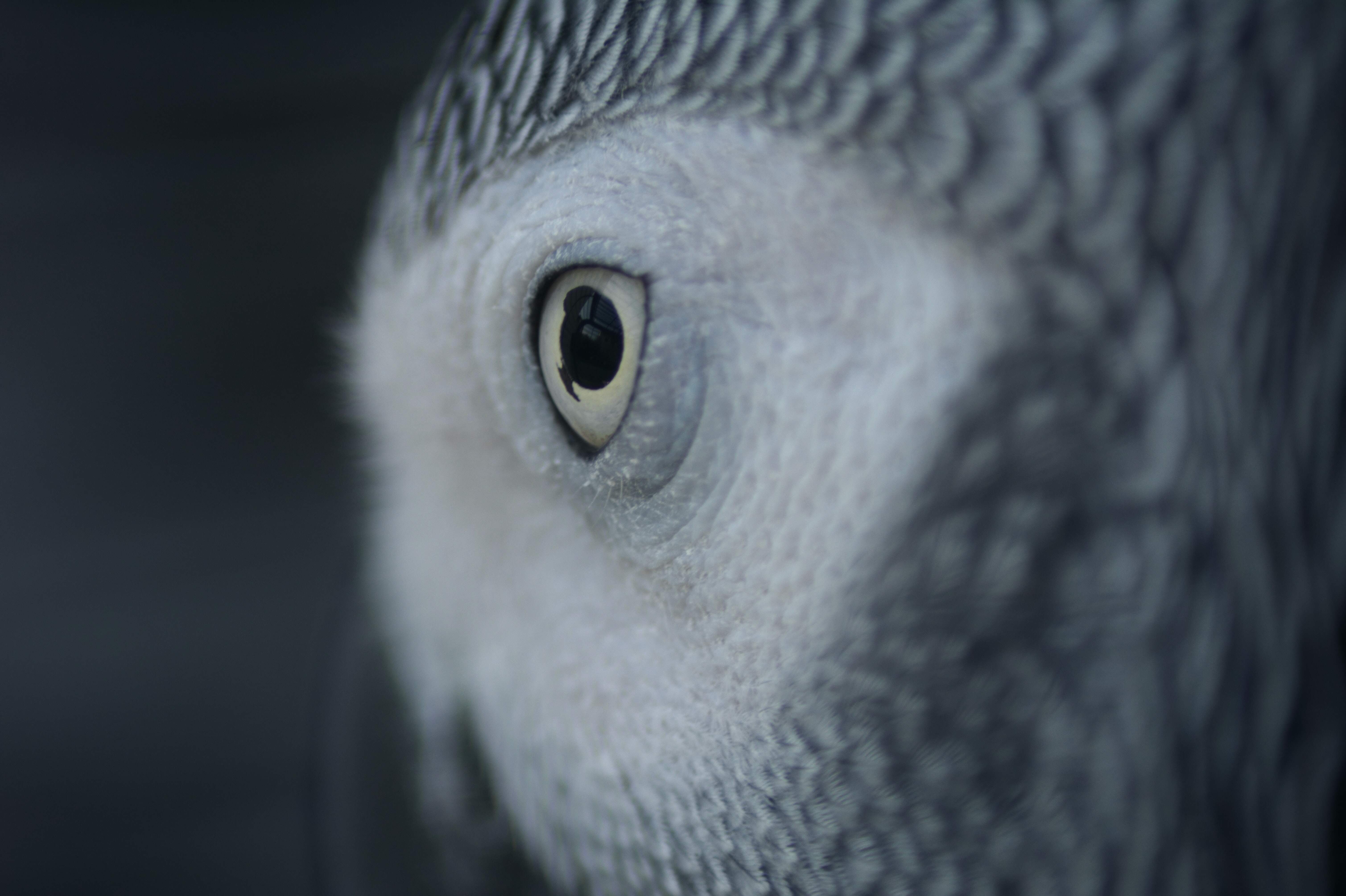 Photo by Alexander Sinn on Unsplash

I will eventually get round to writing a comprehensive guide to each of the different types of point of view (POV), I promise. But for now, I'm going to share a few examples of stories written with a third person omniscient point of view so that should you fancy using this narrative in your own story, you are armed with some examples to help.

Before we get to the examples, however, I will just briefly dive into what third person omniscient point of view means.

What is third person omniscient point of view?

As the name indicates, third person omniscient point of view is written in the third person (he/she/they/it). When choosing this type of narration, you are not limiting the view of the world to the eyes of a select number of characters (like in third person limited POV). Instead, the narrator is all-seeing, all-hearing and all-knowing.

A third person omniscient narrator can opt to delve into certain characters' thoughts at whatever time they choose. At any given moment in a scene, you can divulge what each character is thinking and feeling as you are not confined to the thoughts and perceptions of one character who you are writing from.

The main criticism with this point of view is that it introduces a certain barrier between the reader and the character(s) as they are not seeing and experiencing the world solely through their eyes and they are not gaining full access to their thoughts and feelings. There is a level of detachment as the narrator is an all-seeing entity, and has their own narrative voice which is distinct from that of any character.

Nowadays, it's becoming less and less common to see fiction with third person omniscient narration published by traditional publishers, but it's not completely out of fashion! For example, a lot of fairy tales are told in this style, including modern retellings.

6 examples of third person omniscient point of view in literature

Jane Austen is the queen of the third person omniscient point of view and I believe all of her novels are written in this way (eek, I haven't read them all - yet).

I genuinely wanted to have the opening sentences of Pride and Prejudice here because they are ICONIC, but I feel like our later introduction to Mr Darcy in chapter 3 is a better example of the use of third person omniscient.

...Mr. Darcy soon drew the attention of the room by his fine, tall person, handsome features, noble mien, and the report which was in general circulation within five minutes after his entrance, of his having ten thousand a year. The gentlemen pronounced him to be a fine figure of a man, the ladies declared he was much handsomer than Mr. Bingley, and he was looked at with great admiration for about half the evening, till his manners gave a disgust which turned the tide of his popularity; for he was discovered to be proud; to be above his company, and above being pleased; and not all his large estate in Derbyshire could then save him from having a most forbidding, disagreeable countenance, and being unworthy to be compared with his friend.

Mr. Bingley had soon made himself acquainted with all the principal people in the room; he was lively and unreserved, danced every dance, was angry that the ball closed so early, and talked of giving one himself at Netherfield. Such amiable qualities must speak for themselves. What a contrast between him and his friend! Mr. Darcy danced only once with Mrs. Hurst and once with Miss Bingley, declined being introduced to any other lady, and spent the rest of the evening in walking about the room, speaking occasionally to one of his own party. His character was decided. He was the proudest, most disagreeable man in the world, and everybody hoped that he would never come there again. Amongst the most violent against him was Mrs. Bennet, whose dislike of his general behaviour was sharpened into particular resentment by his having slighted one of her daughters.

Our principal character is Elizabeth Bennett, but here we see Mr Darcy and Mr Bingley introduced without it being through her eyes. Instead, we get a more general overview of how everyone perceives the men rather than how Lizzie perceives them (even if these perceptions are the same).

Another big indicator is that everyone is named as an individual in their own right. If we were viewing the story through Lizzie's eyes (third person limited), the last sentence of the excerpt would look something like this:

Amongst the most violent against him was her mother, Mrs. Bennet, whose dislike of his general behaviour was sharpened into particular resentment by his having slighted Elizabeth.

Mrs Bennet would be introduced in this part through her relationship to Lizzie, and the 'her' in this instance would be Lizzie, as it would be taken for granted that we were in Lizzie's head.

Stardust is a fairy tale fantasy story published in 1997 that follows the story of Tristran Thorn on his quest to find and capture a fallen star. Fairy tales are often written in third person omniscient point of view.

There was once a young man who wished to gain his Heart's Desire.

And while that is, as beginnings go, not entirely novel (for every tale about every young man there ever was or will be could start in a similar manner) there was much about this young man and what happened to him that was unusual, although even he never knew the whole of it.

The tale started, as many tales have started, in Wall.

I feel like this is fairly self-explanatory, as it is clear that the narrator is separate from the story they are telling through their use of 'there was once a young man'. We're not getting the story from the mouth of the young man himself, but instead from someone watching from above.

Beartown tells the story of a small hockey town in Sweden. It follows a wide range of characters in the town and their response to a shocking and divisive event that occurs in the story.

Backman uses third person omniscient to enable him to switch between characters quickly in scenes and provide more philosophical ideas that wouldn't fit with a third person limited point of view.


Late one evening toward the end of March, a teenager picked up a double-barrelled shotgun, walked into the forest, put the gun to someone else's forehead, and pulled the trigger.

This is the story of how we got there.

The Bear and the Nightingale is a historical fairy tale fantasy published in 2017. While the story predominatly follows one character, the story is told from a third person omniscient narrator who frequently flits between other characters and tells the tale in a more detached style.

It was late winter in northern Rus’, the air sullen with wet that was neither rain nor snow. The brilliant February landscape had given way to the dreary grey of March, and the household of the boyar Pyotr Vladimirovich were all sniffling from the damp and thin from six weeks’ fasting on black bread and fermented cabbage. But no one was thinking of chilblains or runny noses, or even, wistfully, of porridge and roast meats, for Dunya was to tell a story. That evening, the old lady sat in the best place for talking: in the kitchen, on the wooden bench beside the oven. This oven was a massive affair built of fired clay, taller than a man and large enough that all four of Pyotr Vladimirovich’s children could have fit easily inside. The flat top served as a sleeping platform; its innards cooked their food, heated their kitchen and made steam-baths for the sick.

Little Women tells the tale of the four March sisters: Meg, Jo, Beth and Amy. Instead of alternating between their limited points of view, Alcott uses third person omniscient to quickly flit between the thoughts and feelings of the girls and provide the reader with a full overview of how each of them feel, when oftentimes, the girls are not privy to this information about each other.

Margaret, the eldest of the four, was sixteen, and very pretty, being plump and fair, with large eyes, plenty of soft, brown hair, a sweet mouth, and white hands, of which she was rather vain. Fifteen-year-old Jo was very tall, thin, and brown, and reminded one of a colt, for she never seemed to know what to do with her long limbs, which were very much in her way. She had a decided mouth, a comical nose, and sharp, gray eyes, which appeared to see everything, and were by turns fierce, funny, or thoughtful. Her long, thick hair was her one beauty, but it was usually bundled into a net, to be out of her way. Round shoulders had Jo, big hands and feet, a flyaway look to her clothes, and the uncomfortable appearance of a girl who was rapidly shooting up into a woman and didn't like it. Elizabeth-or Beth, as everyone called her-was a rosy, smooth-haired, bright-eyed girl of thirteen, with a shy manner, a timid voice, and a peaceful expression which was seldom disturbed. Her father called her "Little Tranquillity," and the name suited her excellently, for she seemed to live in a happy world of her own, only venturing out to meet the few whom she trusted and loved. Amy, though the youngest, was a most important person-in her own opinion at least. A regular snow maiden, with blue eyes, and yellow hair curling on her shoulders, pale and slender, and always carrying herself like a young lady mindful of her manners. What the characters of the four sisters were we will leave to be found out.

I've recently started La Belle Sauvage and noticed within the first chapter that the narrator is omniscient, despite closely following one character, Malcolm Polstead. It can be hard to distinguish between third person limited and third person omniscient when this happens, but the narrator should clearly speak in a way that shows some level of separation from the character we're following. For me, what stood out was the use of 'Mr Polstead' within the prose as the name of Malcolm's father, instead of referring to him as 'his father'.

Another indicator was the way the narrator seemed not to be Malcolm. This might sound strange, but through Malcom's dialogue, we get to see the way he talks and thinks, and there is subtle difference between this and the overarching narrative voice. It reads more as though someone separate narrating.

In fact, in an interview with the New Yorker, Pullman states, 'Malcolm is at the centre of the story, but he didn’t narrate it. The narrator is my old friend the omniscient narrator, who is in a position to comment on, to criticize, to see the characters from the outside, and who isn’t necessarily bound to the consciousness of one of them.'

Unfortunately, the only excerpt from the story available without copyright restrictions is from chapter ten and it is written heavily with dialogue (and mildly spoilery too) so isn't the best example of showing the narration, but the opening chapter is a great example so I'll leave a link here where you can access a free preview of the ebook.


Okay, that's it from me for now! If you're struggling with point of view in your story, I can help. I offer a manuscript critique service which focuses on giving you feedback on point of view, as well as the other crucial elements of your (fiction) story (plot, characters, dialogue, pacing, tension). For more info on this, click here.

Until the next time!