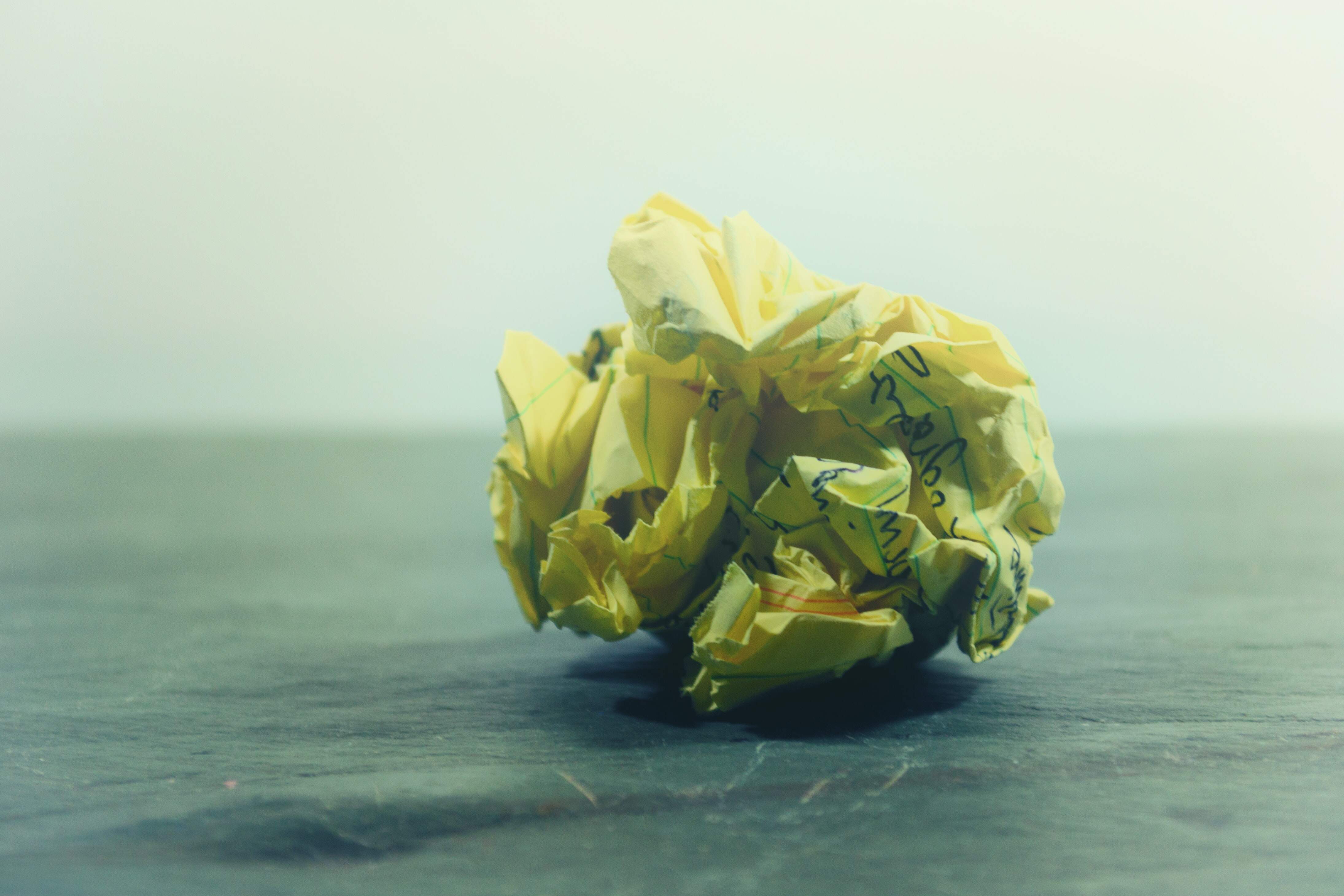 Photo by Steve Johnson on Unsplash

So you’re stuck. Once again – or maybe for the first time – you've found yourself hitting a wall, a creative block.

First things first, don't panic. Writer's block happens to every writer at one stage or another, so acknowledge that this won't last and that you will write again!

I could sit here and tell you that there’s a sure fire way to tackle writers block, but unfortunately, there's no one universal way that will help everyone. It's a case of figuring out what works for you, and what works for you will not necessarily work for someone else.

But don’t worry, I’m not sending you off to figure out how to deal with this kind of brain blockage alone. I think that’s what it should be called from now on – forget writer's block, brain blockage is my term of choice (as of about two seconds ago).

In this article we'll be going over some tried and tested tips for tackling writer's block from some of the best writers out there.

Make sure you have some kind of writing routine.

If you don't have one already, then establishing one may help you. Outlining a schedule for yourself will encourage you to write on a more regular, regimented basis and could help you avoid writing blocks in the future.

2. Figure out who you are

I'm not saying throw yourself head first into an existential crisis by asking yourself this question, but knowing what kind of writer you are and having a writing routine that suits you is important.

Spend time figuring out what does and doesn't work for you as a writer and these moments of mental blockage (nope... doesn't work) will become less frequent.

Switch the TV off, give the dog a bone, step away from the phone. Distractions are a sure-fire way to block your creative process. Sounds simplistic I know, but limit the distractions around you and you'll limit the number of times you get distracted.

Once you cleanse your work environment you'll be less likely to stop, fiddle with something and forget where you were going with the paragraph. If you're anything like me, your phone and your internet browser are likely a big problem, so, get off now (or after finishing this article) and get writing!

4. Skip the scene you're stuck on

If you find yourself stuck at a particular point and whatever you do you just can't seem to get past it, then skip it. Start writing the scene after the one you're stuck on and come back to it later. Writing doesn't have to be chronological.

Some writers work like this as a rule of thumb, starting with the end or the middle, or starting wherever they choose and then writing their sections when they want to, as opposed to beginning with the start and finishing with the end. So skipping one little section and saving it for later is definitely worth a try!

5. Take a break, have an unnamed chocolate biscuit

Have a break from your work for a few minutes, hours, days, however long you need. When you come back, read through all of your work, from start to finish, everything you have.

Re-reading your work is invaluable when you find yourself hitting a bit of a wall, because more often than not the reason you hit the wall in the first places lies further back than when you physically stopped writing. By looking at your work with fresh eyes you're more likely to see something that either sticks out to you as being ill-suited, or reminds you of where you were going with it!

Like me, you may hit a block because you're anxious about the quality of what you're writing. You doubt yourself and then this doubt manifests until you convince yourself to stop writing all together because, what's the point?

Take a deep breath and remind yourself that you are the only one who ever needs to read this first draft. You are the only person who will see it if that's the way you want it to be.

Once you've done this, it's time to remind yourself that you can write. If you didn't think it was a possibility you would never have set about writing in the first place.

Your first draft doesn't have to be perfect, in fact, first drafts are called first drafts for a reason – they will change. No writer ever achieves a 'perfect' manuscript on the first try, so pick yourself up from whatever self-doubt you have and carry on. It's the only way you'll progress as a writer and improve your writing skill.

7. Try a bit of freewriting

When you find yourself at a bit of a block, completely drained of all creative ideas, freewriting may be worth a try. Freewriting is designed to help you loosen up and write without the pressure of it actually being good quality.

Start with a completely blank page and just write whatever is in your brain, whatever comes to mind. Give yourself a goal, a certain amount of time or a word count to reach, and don't stop writing until your time is up or you've reached the word count.

It doesn't have to be even close to something good, but the main thing is that it is something. Here's a link to some freewriting prompts to get you started.


How you tackle writer's block is up to you, but it will take time. Don’t put so much pressure on yourself to push through it straight away. Sometimes just accepting that you’ve hit a block but that it will pass is the first step to getting your creative flow back.

Whether you're stuck because you're not sure if your story's any good, or you're at a loss for how to get character A to place B in time for plot point C, why not get in touch? I offer a range of editorial services, including a critique of your manuscript (or whatever you have so far) and consultations on how to develop your story.

Now, go grab that unnamed chocolate biscuit and a cuppa (which is what I'll be doing in 2 minutes) and get your write on! Good luck.