Photo by Cederic Vandenberghe on Unsplash

I recently made a post on fantasy publishers accepting submissions in 2021 and I noticed that a few fantasy publishers specified the types of sub-genres of fantasy that they preferred or that they weren't too keen on. Even as a self-proclaimed fantasy lover, I found myself on the search engine of my choice (its DuckDuckGo guys, busted) frantically looking for exactly what those fantasy sub-genres entailed.

So I thought I'd do a bit of research on the different types of fantasy there are and immortalise that research on my website for you lovely folks to enjoy.

So without further ado, here is my ultimate guide to the fantasy genre, hopefully answering your questions of 'what is fantasy?', 'what are the different types of fantasy?' and 'what's the difference between high and low fantasy?'

Well, you'll soon see (as I have by researching this) that categorising genres and sub-genres is hardly a cut and dry business. There's a LOT of overlap and there's much debate over what constitutes what in both the fantasy genre and its sub-genres. So, as with most things in fiction, a touch of subjectivity can never be fully removed (and would we want it to anyway?!).

According to the mighty Wikipedia, fantasy is a 'genre of speculative fiction' which is often 'inspired by real word myth and folklore.' Fantasy stories typically contain supernatural elements and magic which are not found in the real world.

Fantasy can be (although not always, as we'll soon see) set in a fictional world or universe.

So what makes fantasy different from sci-fi and horror?

Fantasy is distinguished from science fiction by the general lack of scientific explanation for its supernatural or magic themes. While sci-fi may have futuristic/supernatural elements, these are or could be believed to be plausible with time. Fantasy however, generally lacks this plausibility and relies upon the complete suspension of disbelief from the reader.

Horror, another genre of speculative fiction, is also set apart from fantasy. While horror may contain fantastical elements, its primary goal is to evoke fear.

It's no wonder there's a tonne of debate about and overlap between the genres.

Before we get into the more specific sub-genres, fantasy is generally divided into two types: high and low fantasy. Photo by Greg Rakozy on Unsplash

Up until this morning, I thought the only distinguishing feature between high and low fantasy was that high fantasy takes place in a fictional world or universe unlike our own (also known as a secondary world) and low fantasy takes place in our world or a representation of our world (also known as the primary world). While this is probably the most important take home and correct in that stories set in a fictional world or universe are definitely high fantasy, not all fantasy stories set or partially set in the primary world are considered low fantasy.

So, for example, the Harry Potter series is by some, considered high fantasy, as is the His Dark Materials series by Philip Pullman set in Oxford and as are the Chronicles of Narnia.

Maybe the easiest of those to understand Narnia. While the stories begin in the primary world, the characters move through a portal into a secondary world, and therefore, the existence of the secondary world elevates the story to high fantasy. This is also the case for Alice's Adventures in Wonderland.

For His Dark Materials, while the series is set in Oxford, the story contains multiple worlds, some of which are in stark contrast to the primary world. Also, it is argued that while the Oxford from Lyra's world has similarities to real world Oxford, they are too distinct for it to be classed as a primary world.

The reasoning behind Harry Potter being classed as high fantasy as opposed to low fantasy is that while the series takes place on Earth and the characters interact with the real world occasionally, the majority of the settings are magical and very much separate from the real world. This is classed as a 'world within a world'. I personally am not convinced about HP being high fantasy though.

But let us be confused not. Here are some more clear cut examples to get our heads settled on the classification.

I think that's enough on the subject of high and low fantasy. Now onto the more specific sub-genres of fantasy. Photo by Charles Devaux on Unsplash

As you can probably imagine from the name, dark fantasy is a sub-genre of fantasy that incorporates elements of horror into it.

The story typically has an ominous or dark tone, and seeks to create feelings of dread or fear in the reader.

Essentially, it's a sub-genre whereby horror and fantasy are inextricably linked, but there is still an emphasis on the fantastical elements as opposed to the horror elements.

Now, the classification of epic fantasy is giving me a bit of a headache. According to our trusty friend Wikipedia, epic fantasy is interchangeable with high fantasy, but I would beg to differ.

But... maybe you disagree. This is the problem with genres, they can be up to interpretation and there is a tonne of overlap. Still, it's useful to know what other people mean when they bandy the term around. Photo by Cosmic Timetraveler on Unsplash

Our trusty friend, Wikipedia, states that fairy tale fantasy is characterised by a 'heavy use of motifs, and often plots, from folklore'.

Grimdark fantasy generally refers to a sub-genre of fantasy characterised by dark, violent and amoral themes.

In grimdark stories, characters are frequently morally ambiguous and it can be difficult to distinguish a clear 'good' guy vs a clear 'bad' guy. Some argue that within the sub-genre the characters often find themselves realising that doing the right thing is an impossibility. Historical fantasy is a sub-genre of fantasy that is broad in it's definition and classification, and also overlaps with some of the other sub-genres on this list. Historical fantasy can include stories that fit one of the following ideas:


A lot of early fantasy is modelled on mediaeval society, so works like The Lord of the Rings, The Wheel of Time, The Kingkiller Chronicles, A Song of Ice and Fire are set in a fantasy society in which a lot of mediaeval traditions, societal structures, ideas, foods and weapons form the backdrop in which the stories take place.

As J R R Tolkien had such a profound impact on the fantasy genre, a lot of fantasy since has been set in this way, so this can be labelled historical or mediaeval fantasy.

Stories in the magical realism sub-genre are set in the real world and portray a mostly realistic picture of the real world, but magical elements are dotted within and kind of taken for granted.

What I mean by this is that the magical elements just happen, and they aren't explained heavily or made a big fuss of.

Magical realism stories tend not to include fantastical creatures or species, magic systems aren't explained or a huge part of the story, and they are always set in the real world. Photo by Joshua Harris on Unsplash

Paranormal fantasy, also known as paranormal fiction and supernatural fiction, generally refers to stories which include paranormal creatures and elements such as werewolves, vampires, ghosts, shapeshifters. 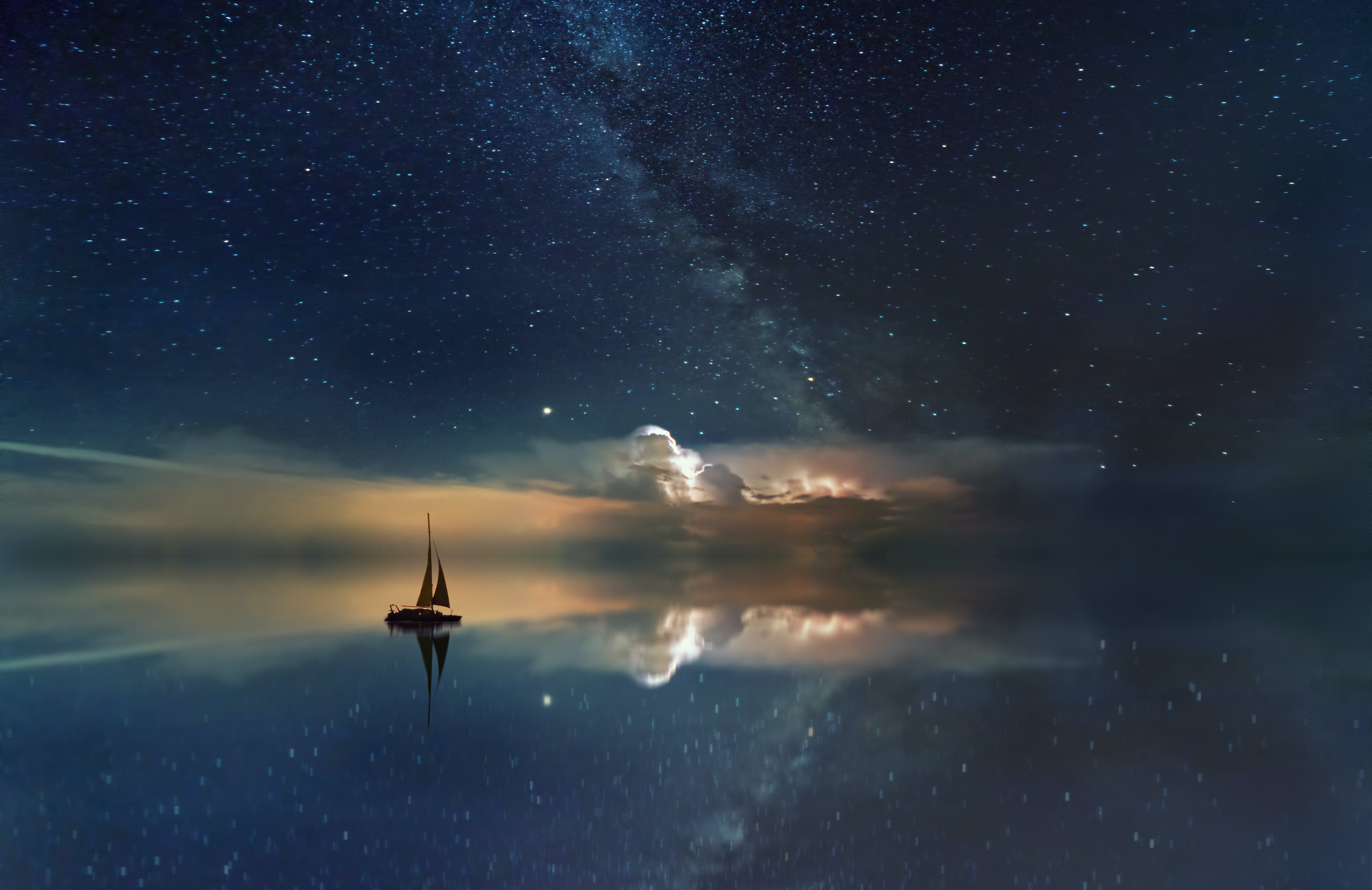 Photo by Johannes Plenio on Unsplash

Science fantasy is a merging of the science fiction genre with the fantasy genre. As I mentioned at the beginning of this post, science fiction and fantasy are generally distinguished by their real world plausibility.

Science fantasy merges the two in generally one of two ways: Photo by Ricardo Cruz on Unsplash

Sword and sorcery, also known as heroic fantasy, is the term used to describe fantasy stories which feature heroes who fight with swords and partake in violent battles. There also tends to be a focus on romance within these stories. However, it's not as simple as that apparently.

Sword and sorcery stories do not generally refer to epic fantasy stories, as they focus less on politics, greater worldly evil and questions of society and morality, and instead focus on the battles and achievements of the hero of the story. So for example, the hero goes on a quest to save a romantic interest from peril.

Examples of sword and sorcery:

Urban fantasy supposedly refers to fantasy stories set in an urban setting. However, many people seem to use urban fantasy as a synonym for low fantasy set in the modern world.

So to use both ideas, here are some examples.

Wowee, that was a lot. I think I deserve a cuppa after that.

If you've written a fantasy book and would like to submit to publishers directly (without a literary agent), I've written a list of publishers accepting fantasy submissions, so feel free to check that out.

If you're not quite ready to submit and are looking for feedback on the core elements of your story before making that leap (plot, character, setting, pacing, narrative and POV, themes, etc) - I offer a manuscript critique service which will provide you with comments and a report on exactly those things. For more information on this, click here or contact me here.

Right, until next time!