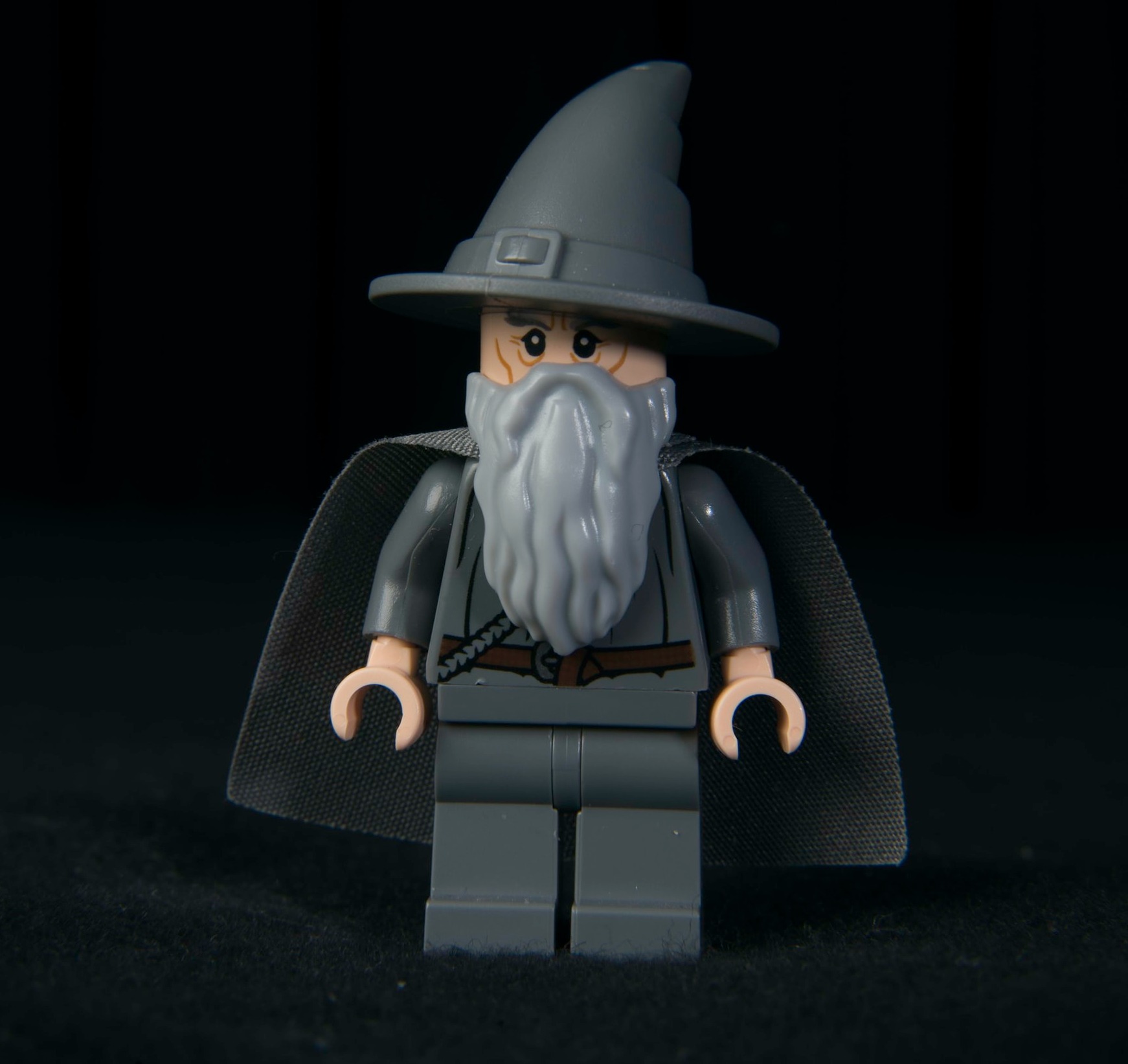 I've been thinking a lot recently about the themes, tropes and even archetypes that I tend to consistently like in books (blog series in the making maybe?). One of my favourite genres is fantasy, and the more I read, the more I've noticed what things come up time and time again that I absolutely love, and I've realised that there's one type of character that honestly, I can't get enough of. The mentor.

Well, it turns out there's a name for it when characters with shared traits and roles show up across stories and even across genres: an archetype.

According to literydevices.net, archetypes within the context of literature or storytelling (because they are also found in Film and TV) are 'characters that symbolically embody universal meanings and basic human experiences, independent of time or place.' When having a look around in my research for this, I discovered that there are actually quite a lot of archetypes out there (although I still reckon the mentor is my favourite), such as the hero, the jester, the magician, the lover and the rebel (there are more but you can look them up elsewhere).

So what exactly is the mentor archetype?

The mentor (also known as the sage) is a common character in science fiction and fantasy, but is also found in other genres too. The mentor is a source of knowledge, wisdom and support to the main character, and is typically a side character who is static (more on this in a mo).

Mentors seek knowledge, care about learning, are quite self-reflective as characters and come across as being wise and unwavering. They tend to be sources of support to a main character at one point of another in the story. Know Your Archetypes states that mentors are 'able to remain cool, calm and collected even in times of the greatest peril'.

To me, mentors are badass. They are always a font of knowledge, they are mostly wise, and they can really show up in times of great danger (hello Dumbledore at the ministry and hello Gandalf and his iconic 'You shall not/cannot pass' line).

Creating a mentor character in your story

As I mentioned above, the mentor is traditionally static but can be either flat or round, and in the fantasy genre at least, old and male. But things are changing, and there are more and more mentor characters that are dynamic, younger and/or female.

What do I mean by static, flat, dynamic and round?

Why are mentors typically static?

Mentors are typically static characters because they are a source of knowledge and support for the main character, therefore they should already be at a stage of their life/development where they have experienced lots and have valuable stories and wisdom.

However, other than the certain shared characteristics I've outlined above, there is no wrong or right way to write a mentor. In fact, mentors come in all shapes and sizes, and I'm going to share a few of my favourites below.

Examples of mentors in literature

I have to preface this by saying that this list is very skewed by my own reading, so if you have any recommendations for great books with fantastic mentor characters in them that are not here (and there will probably be many), then please do send me some recommendations. I will warn you, in talking about these mentors, there are some mild spoilers of the below books so read the text at your own risk!

Look, I'm sorry, but I can't write a piece about mentor characters without talking about my own personal OG mentor (well not personal mentor, I wish): Dumbledore. Dumbledore was, and maybe is still, my favourite character in the Harry Potter series. He's intelligent, he's powerful, he's mysterious and he's a source of wisdom and support to Harry (although as I get older and reflect on his role within the series, I do realise that he's a bit choosy with when he does show up and offer support, but hey ho, I still love him). Dumbledore is a static character who begins as quite a flat character but by the end of the series is round. As such, we begin to see the man behind the mask of old white haired wizard, and we see that his intentions are not always out of the goodness of his heart.

Continuing on the Harry Potter theme (and to be honest, a series set in a school is more likely to have multiple mentor characters) is McGonagall. McGonagall is an absolute badass. She's stern and often guarded. McGonagall is a character whose backstory we don't really get to see at all, yet there are moments when we get a glimpse into her true nature and it's brilliant. What I love about her is that she's strong, she's unafraid of standing up for what she believes to be right, yet she always prioritises her role as a teacher. She doesn't give special treatment to our main character like Dumbledore does (well, not including the whole quidditch team thing), which is something I really admired, and she's always there when the going gets tough (unlike Dumbledore haha). The intentions of McGonagall always seem pure.

Mentor to our main character Vin, Kelsier is one of the more flawed, egotistical mentors I've had the pleasure to read about, but a great mentor nonetheless. Kelsier is charasmatic and self-assured. He has been through a lot before we meet him in The Final Empire, and this experience and history make him a great mentor to Vin, who he chooses to take under his wing not out of benevolence, but out of a need for another Mistborn in his crew and ultimately for his plan to overthrow the lord ruler. I absolutely love the relationship between Vin and Kelsier, and I love that both parties teach each other something valuable.

Jasnah from The Stormlight Archive is not (at least at first) a willing mentor. Intelligent and a seeker of knowledge, Jasnah doesn't deem many worthy of her time and mentorship. However, once someone manages to plant themselves on her radar, as Shallan does in The Way of Kings, Jasnah invests a lot of her time and energy into being a mentor. The relationship between Jasnah and Shallan is a great one, and Jasnah really pushes Shallan to broaden her mind, helping Shallan improve leaps and bounds throughout the novels.

A rather unwilling mentor who battles a lot of demons, Haymitch is quite the take on the mentor archetype, but he is rather lovable and I do adore the relationship that grows between him and Katniss throughout the trilogy. Haymitch is an unlikely source of support, due to his surly nature and his almost permanently drunk state, but as someone who has no airs and graces, he fits perfectly with the suspicious Katniss, who needs a mentor she can trust. His experience in winning the Hunger Games, as well as his knowledge of the capitol puts him in a position of really understanding what both Katniss and Peeta need, and what they're going through. He's honestly such a great character.

Abenthy - The Name of the Wind

Abenthy, or Ben, is a significant figure in Kvothe's early life. He is the mentor that teaches him about all manner of things that he would otherwise not have learnt from the members of the travelling troupe in which he grows up. Ben shows Kvothe magic and teaches him of many things relating to science. He also plants the idea of going to University in his mind, something that changes the course of his life entirely. I really loved this particular mentor/mentee relationship as it is more traditional and pure teacher/student, but there is also a clear love and respect between the older man and the young child.

Father Chains is the garrista of the Gentleman Bastards who pays good money for children he can take on as apprentices. Although very morally grey (he is very much a criminal, training criminals), Father Chains is a great (depending on your own definition) mentor to those he takes on.

There are a few that I want to mention, but can't go more in depth on because I haven't read enough of the series so far to comment.

And that's all I can be bothered to write today! I think I might make a habit of this ol' writing malarkey though, and I'll most definitely be back with more tropes, themes and archetypes that I like and dislike. If you can think of a book or series with a great mentor, please do recommend them to me as it is one of things I really enjoy in any book I read.