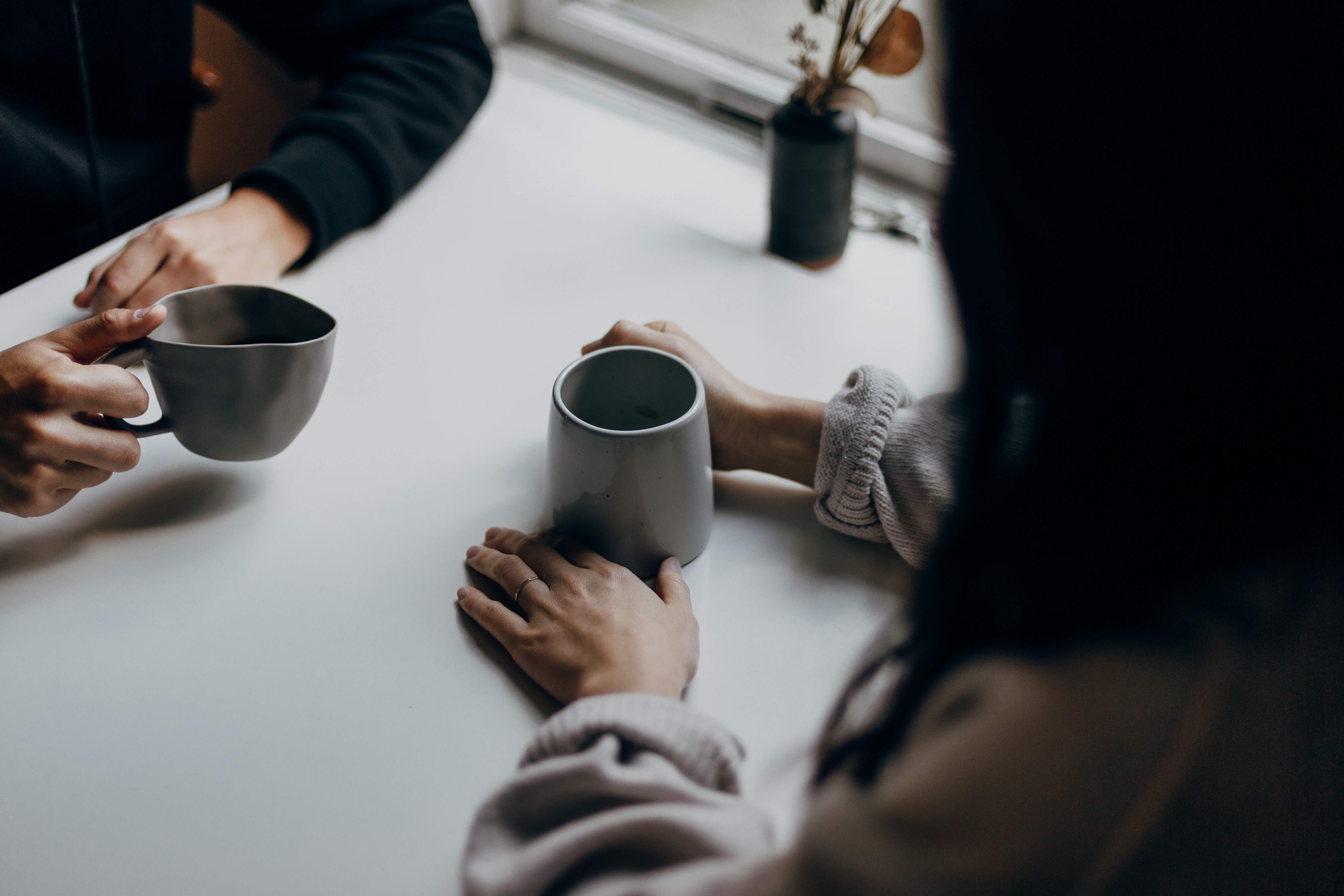 Writing dialogue is a skill, and one that you have to practise to get right. If you're struggling with writing good dialogue, trust me, you're not the only one. How to write dialogue in a story is one of the most searched questions when it comes to fiction writing and there are few that get it right first try.

1. Limit the use of dialogue tags

First and foremost, let's just go over what exactly a dialogue tag is. Dialogue tags are markers that follow or precede dialogue to signpost who is actually speaking. They attribute the spoken dialogue to a particular character.

In the below example from Little Women* by Louisa May Alcott, I've made all dialogue tags bold.

'I don't think it's fair for some girls to have plenty of pretty things, and other girls nothing at all,' added little Amy, with an injured sniff.

However, in scenes heavy in dialogue, especially scenes where dialogue is snappy and back and forth, the use of dialogue tags can begin to feel repetitive and irksome for the reader.

You can easily show the reader who is talking without tagging it. If you're in a conversation with two people, you can simply show the dialogue on separate lines with quotation marks as the reader will know who says what by virtue of who said the line before. In addition, you can add narration to show who is speaking, without having to add a dialogue tag. I'll go more into depth with this in point 4.

A good example can be found in the opening chapters of The Blade Itself by Joe Abercrombie. Here we have 8 lines of dialogue and not a single dialogue tag.

Severard was waiting outside in the corridor, smiling as always. ‘Shall I put the fat man in the canal?’

‘No, Severard. Put him in the next boat to Angland.’

Glokta snorted. ‘Mercy would be the canal. That swine won’t last six weeks in the North. Forget him. We have to arrest Sepp dan Teufel tonight.’

Severard’s eyebrows rose. ‘Not the Master of the Mints?’

‘None other. On the express orders of his Eminence the Arch Lector. It seems he’s been taking money from the Mercers.’

‘We’ll leave as soon as it gets dark. Tell Frost to be ready.’

While some writing guides will tell you that you should use words like exclaimed/muttered/whispered rather than said/asked/replied to convey the way a character speaks, these words are more likely to stick out like a sore thumb when overused.

Dialogue tags are, for the most part, functional, and are there to signpost who says what in a scene. Words like 'said' and 'asked' are considered invisible, and while they also shouldn't be overused, they are far more likely to fly under your reader's radar than word like 'thundered', 'growled' and 'sneered'.

That said (see what I did there?), it gets very repetitive if you see a conversation like this:

'The prodigal son returns,' she replied.

'You knew this day would come,' he said.

'I knew, but I hoped otherwise,' she said.

I'm all for a good sneer or whisper, and I love how versatile the word said really is, but too much of anything is never a good thing.

This dialogue writing tip is pretty self explanatory, but we'll go into a little more depth regardless.

Small talk is boring at the best of times. So, why on earth would anyone want to read it in their escape from reality? Well, there might be a couple of reasons, but if your reason is purely for realism purposes, then cut it out.

The main thing you should be thinking in any scene, dialogue or not, is what that scene is doing for your story. This is the same with dialogue, and it's the same with small talk. If you want to convey awkwardness between characters, then maybe small talk is the perfect way to showcase how uncomfortable characters are in each other's company.

However, if you're in a fast-paced scene where the characters are having a crucial discussion about a very important plot point, the only thing small talk will do is slow the pace down and make the scene boring to read.

If you really want to show that a certain character asked after the wellbeing of another character's family, why not write that in narration instead?

Now, this one is mostly for your editor's sake. But if that person happens to be you (and, let's be real here, you should always be self-editing your work as a writer, even if you do have an editor), you really need to get dialogue punctuation and formatting down pat.

I have written an entire blog post dedicated to this, so for a full run down on how to punctuate dialogue correctly, click here.

4. Break up dialogue with narration

When you have a long dialogue scene, intersperse this dialogue with narration. Not only does it help with reducing your reliance on dialogue tags to signpost who's speaking when, it also helps the reader to visualise exactly what's going on in a scene.

By adding narration to your dialogue, you can convey so much about the dynamic between the characters, the way the characters are feeling. You can build tension, break tension, allow your readers to assess the subtext of a situation. Like in real life and in TV, you can pick up on so much when watching people interact from their unspoken cues alone. In fiction writing, this non-verbal communication can only be conveyed through narration.

Here's a good example from The Switch by Beth O'Leary:

“Only eight minutes to go, Leena. Try that breathing thing.”

“Oh, just normal breathing? I thought you meant some kind of meditative technique.”

She snorts at that. There’s a pause. “You’ve coped with way worse than this hundreds of times over, Leena,” she says.

I wince, cupping my coffee mug between my palms. The fear sits in the hollow at the base of my ribs, so real it feels almost physical—a stone, a knot, something you could cut out with a knife.

Remember to use language your characters would actually use, and make sure they react in a way that is natural and realistic.

But be wary. Having dialogue feel natural doesn't mean you have to be entirely realistic. Don't ramble or use too many filler words (uhm, erm, like) unless you're really trying to convey someone's personality through these.

One thing I've noticed a lot when editing fiction is the tendency to write out dialogue in full. People speak in contractions, so unless your character is written intentionally to speak with considerable elocution, your dialogue will come across as completely unbelievable if you constantly omit contractions.

6. Give your characters distinct voices

There is so much diversity in the way people speak. Even in my family, none of my three brothers have the same accent. One is properly Essex. One moved away at 16 and has a more neutral accent and one spent a lot of time in London so has more of a London accent. I, despite growing up in Essex, have spent so much time away that my Essex twang grows weaker year on year and like my eldest brother, I have a more neutral English accent.

Spend time listening and making notes on the conversations you overhear. Next time you're on the phone, listen out for certain expressions and words. Then give these distinctive voices to your characters.

As I said before, this can be incredibly subtle. Maybe one character uses one particular word that none of the other characters uses. This never has to be remarked upon, but it makes for a nice like Easter egg for the die-hard readers, and it also adds complexity and distinction to your characters in a subtle way.

An example from The Vanishing Half - Brit Bennett:

“Did I make a fool out of myself?” she asked later. She was sitting in front of her vanity, brushing out her hair. Blake eased behind her, unbuttoning his white shirt.

“Of course not,” he said. “But it’ll never happen, Stel. I don’t know why everyone’s getting all worked up.”

“But you saw Percy up there. He looked plumb scared.”

Blake laughed. “I love when you say things like that.”

7. Make sure the conversations have a point

As I mentioned briefly in my point about small talk, every interaction needs to do something for your story. If it hasn't got a point, then it doesn't need to be there.

The point doesn't necessarily have to be plot driven by the way, but when you're editing your book, keep in mind what value every single scene has in driving your story. This could be in terms of:
Whatever the case, every interaction needs to be intentional.

8. Read fiction (and good fiction at that)

Honestly, I think you can learn the most by reading great examples of dialogue in fiction. The more examples of fantastic writing you read, the more you can get a sense of what works, not only in terms of quality, but for you as a writer.

I think it's always important to mention that there is no cookie cutter right way to write dialogue. There's a lot of variety in the great dialogue out there, but there are definitely certain things that can make or break dialogue.

Alternatively, if you're looking for feedback on your story as a whole, so things like the plot, characters, pacing, tension, feedback on dialogue in general, a manuscript critique may be better suited to your needs.

And with that, I'm going to make myself a cuppa.

Candida
*Some of the links in this post are affiliate links. If you decide to make a purchase after clicking a link, I will receive a small percentage of the sale.
Cookie Policy