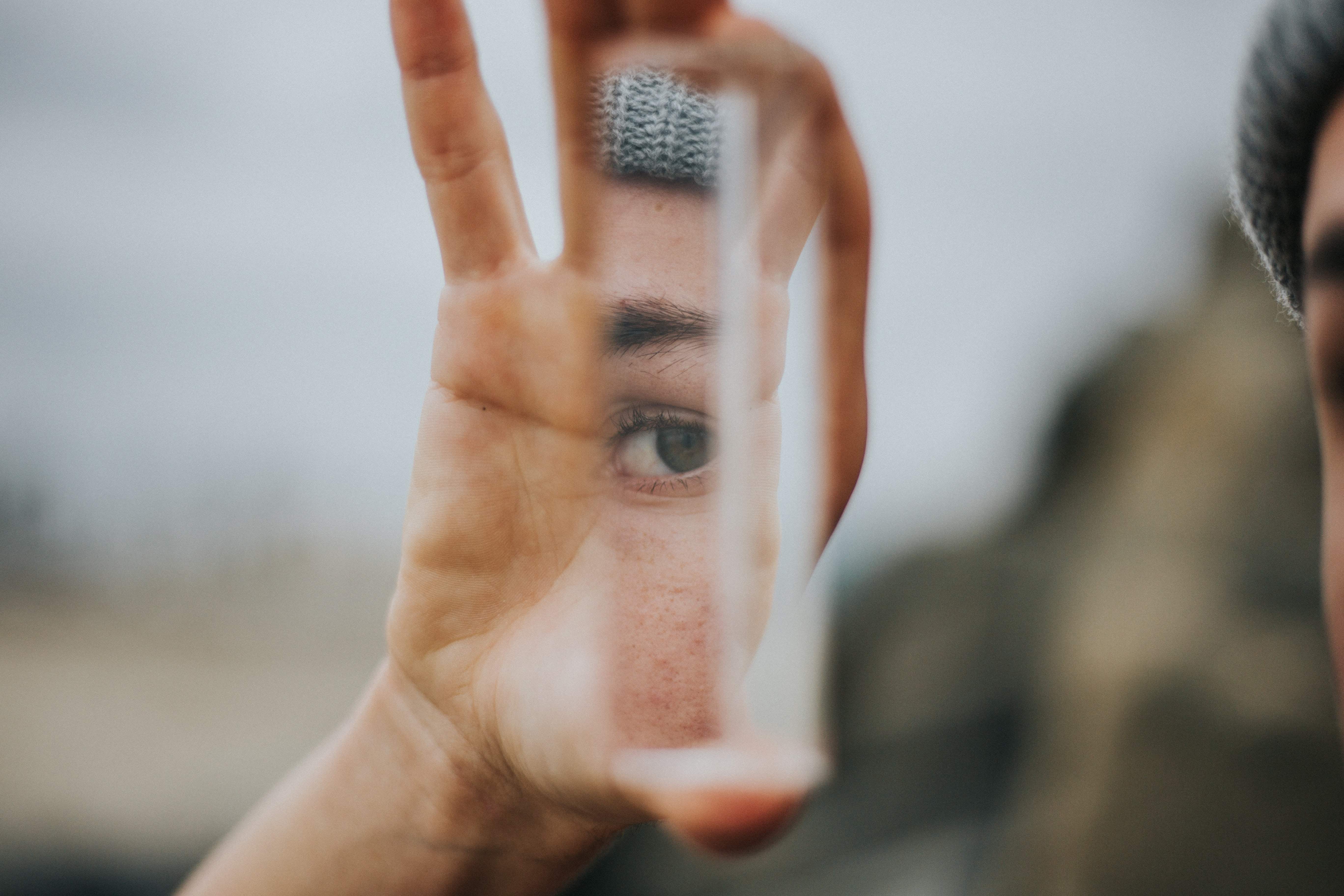 Photo by Vince Fleming on Unsplash

Did you ever read those pick-your-path books as a child – the ones where you got to choose how the plot progressed?

Those stories are the perfect example of second person point of view fiction writing. They put you – the reader – at the very centre of the action.

But second person isn’t a POV we come across very often in fiction.

Here I take a look at why that’s the case and share some excellent examples of second person point of view from fiction writers who chose to go against the grain.

What is second person point of view?

Second person point of view is written in the second person, using the pronoun you.

It’s a point of view that we associate with self-help books and advertising slogans. We also come across it in poetry and in song lyrics. But in fiction? Not so much.

In fact, this POV is probably the least utilised of the lot.

First person, third person limited and third person omniscient points of view are much more familiar to readers – and writers too.

However, some writers have used the format to great effect (as we’ll see in a few second person point of view examples a little later on).

But – first things first - who is the you in a second person point of view story? There are actually a few different possibilities:

So let’s take a closer look at why a writer might choose to use a second person point of view for their story – and why they might avoid it.

Why is second person point of view generally avoided?

We’ve covered the reasons to give second person point of view a go. But there are a few good reasons why writers tend to avoid it.

6 examples and excerpts of second person point of view

Because second person point of view in fiction writing is so rare, it can be hard to imagine what it looks like in practice.

With that in mind, here are a few of the best second person point of view examples and excerpts to help illustrate the concept.

Some of the below links are affiliate links. If you decide to purchase a book after clicking the link, I will receive a small percentage of the sale.

The Night Circus is a tale of two magicians, their lifelong rivalry and a mysterious circus.

Morgenstern writes the majority of The Night Circus in third person. But there are times when she chooses to put the reader at the very heart of the action.

At these moments she switches to second person point of view, evoking the wonder and excitement the audience feel when experiencing the circus for themselves.

"What kind of circus is only open at night?" people ask. No one has a proper answer, yet as dusk approaches there is a substantial crowd of spectators gathering outside the gates.

You are amongst them, of course. Your curiosity got the better of you, as curiosity is wont to do. You stand in the fading light, the scarf around your neck pulled up against the chilly evening breeze, waiting to see for yourself exactly what kind of circus only opens once the sun sets.

The ticket booth clearly visible behind the gates is closed and barred. The tents are still, save for when they ripple ever so slightly in the wind. The only movement within the circus is the clock that ticks by the passing minutes, if such a wonder of sculpture can even be called a clock.

The circus looks abandoned and empty. But you think perhaps you can smell caramel wafting through the evening breeze, beneath the crisp scent of the autumn leaves. A subtle sweetness at the edges of the cold.

Only parts of The Fifth Season are written in second person.

There’s a plot twist that helps to explain why the writer has chosen this particular point of view for certain sections of the story – but don’t worry, I won’t give it away here!

I’ll just say that those sections deal with the narrator’s grief, and the second person perspective really serves to immerse a reader in those intense, heart-wrenching emotions.

You're still trying to decide who to be. The self you’ve been lately doesn’t make sense anymore; that woman died with Uche. She’s not useful, unobtrusive as she is, quiet as she is, ordinary as she is. Not when such extraordinary things have happened.

But you still don’t know where Nassun is buried, if Jija bothered to bury her. Until you’ve said farewell to your daughter, you have to remain the mother that she loved.

So you decide not to wait for death to come.

The focus of Open Water is a love affair between a female dancer and a male photographer.

By writing in second person Caleb Azumah Nelson heightens the emotional intensity that the photographer (the main protagonist) experiences in both this relationship and the rest of his life.

The first night you met, a night you both negate as too brief an encounter, you pull your friend Samuel to the side. There's a bunch of you in the basement of this south-east London pub. A birthday celebration. Most on their way to drunk, or jolly, depending on which they’d prefer.

‘I don’t normally do this.’

‘Usually means this is something you’ve done before.’

‘No, promise. Pinky promise,’ you say. ‘But I need you to introduce me to your friend.’

You’d like to say that in this moment, the older gentleman spinning records had faded something fast, something like Curtis Mayfield’s ‘Move On Up’, into something equally so. You’d like to say it was the Isley Brothers, ‘Fight the Power’, playing when you expressed a desire you did not wholly understand, but knew you must act upon. You’d like to say, behind you, the dance floor heaved and the young moved like it was the eighties, where to move in this way was but one of a few freedoms afforded to those who came before. And since you’re remembering this, the liberty is yours. But you did promise to be honest. The reality was you were so taken aback by the presence of this woman that you first reached to shake her hand, before opening up for the usual wide embrace, the result an awkward flapping of your arms.

In Complicity, the story is told from the perspective of two narrators: a journalist and a murderer. Chapters from the murderer’s point of view are written in second person.

This narrative choice highlights a central theme of the novel – complicity.

A reader is made to feel complicit in the murders that have taken place. This echoes the feelings of the journalist, whose old editorial the killer is now using as inspiration for his murder targets.

You hear the car after an hour and a half. During that time you've been here in the darkness, sitting on the small telephone seat near the front door, waiting. You only moved once, after half an hour, when you went back through to the kitchen to check on the maid. She was still there, eyes white in the half-darkness. There was a strange, sharp smell in the air and you thought of cats, though you know he doesn't have cats. Then you realised the maid had pissed herself. You felt a moment of disgust, and then a little guilt.

In You (a novel that’s been adapted into a Netflix favourite), the protagonist is addressing a woman he is obsessed with; she is the you.

This structure blurs the line a little between first and second person point of view as, strictly speaking, the novel is written in first person.

Nevertheless, Kepnes’ mode of storytelling creates the same uncanny, unfamiliar feel that second person narratives are so good at.

You walk into the bookstore and you keep your hand on the door to make sure it doesn’t slam. You smile, embarrassed to be a nice girl, and your nails are bare and your V-neck sweater is beige and it’s impossible to know if you’re wearing a bra but I don’t think that you are. You’re so clean that you’re dirty and you murmur your first word to me—hello—when most people would just pass by, but not you, in your loose pink jeans, a pink spun from Charlotte’s Web and where did you come from?

An original and arresting novel about family history and immigration, this is another novel that doesn’t technically feature a second person point of view.

Instead, the narrator is writing to his illiterate mother – the you of the story.

To be or not to be. That is the question.

When you were a girl in Vietnam, the neighborhood kids would take a spoon to your arms, shouting, “Get the white off her, get the white off her!” Eventually you learned to swim. Wading deep into the muddy river, where no one could reach you, no one could scrape you away. You made yourself an island for hours at a time. Coming home, your jaw would clatter from cold, your arms pruned and blistered— but still white.

When asked how he identifies his roots, Tiger Woods called himself “Cablinasian,” a portmanteau he invented to contain his ethnic makeup of Chinese, Thai, Black, Dutch, and Native American.

To be or not to be. That is the question. A question, yes, but not a choice.

I hope these examples of second person point of view have given you some inspiration for your own writing – and the confidence to try something a little daring and different.

Want to get an expert take on your latest manuscript? I can provide extensive notes on point of view – as well as your pacing, character, dialogue, plot and structure.

Check out my manuscript critique service to find out more.