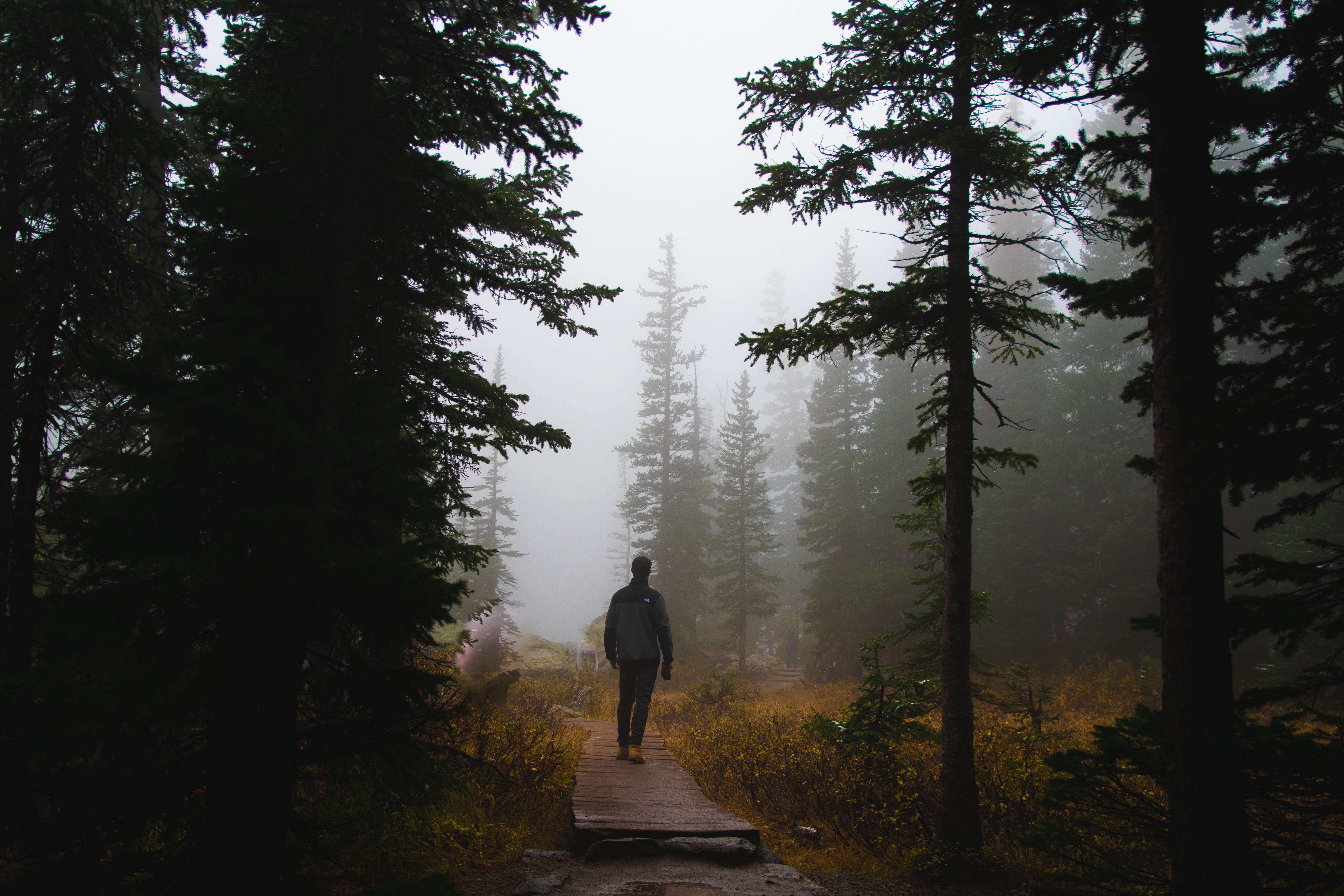 Photo by Maria Camargo on Unsplash

As I’ve already covered first person and third person omniscient points of view in previous posts, it’s time to look at arguably the most popular POV in modern fiction – third person limited  – and whether it's the right choice for your WIP.

Here, I’ll talk about why writers love it so much and how it’s different from other POVs.

We’ll get to some examples and excerpts, too. But first, let’s just delve into what third person limited point of view actually means.

What is third person limited point of view?

That isn't to say you can only tell the story from one viewpoint character. The beauty of a third person limited point of view is that you can follow multiple characters, but every time you switch between them, you have to remember to stick to the perceptions of the character you're viewing the scene from.

Which brings us on to head-hopping. Head-hopping is where you write from multiple perspectives in the same scene, and is a common issue with writing in a third person limited point of view. (I'll do a separate post on this in the future, I promise!)

Because, unlike first person, third person limited POV lets you switch between different characters' perspectives, it can be easy to forget which character you're viewing the scene from, especially if multiple viewpoint characters are together. If you switch between perspectives in the same scene, it can make the narrative confusing and jarring, and also make it lose its intimate feel.

If you feel that only a select few characters’ voices are not enough to tell your story, or you don't like the restrictions of a limited point of view, third person omniscient might be a better choice for you.

8 examples of third person limited point of view in fiction

Some of the below links are affiliate links. If you decide to purchase a book through a link provided, I will receive a small percentage of the sale.

This world-famous series masterfully uses third person limited point of view to build a narrative that spans kingdoms and generations. We see the events of the saga through several main characters whose origins, perspectives and alliances are vastly different from each other.

The morning had dawned clear and cold, with a crispness that hinted at the end of summer. They set forth at daybreak to see a man beheaded, twenty in all, and Bran rode among them, nervous with excitement. This was the first time he had been deemed old enough to go with his lord father and his brothers to see the king's justice done. It was the ninth year of summer, and the seventh of Bran's life.

Here, we begin to see the world through Bran's eyes. While this could veer into third person omniscient, as the scene continues (see rest of excerpt here), it becomes clearer and clearer that we are viewing the scene from a third person limited point of view – Bran's.

For example, a few paragraphs later:

Bran's father sat solemnly on his horse, long brown hair stirring in the wind. His closely trimmed beard was shot with white, making him look older than his thirty-five years. He had a grim cast to his grey eyes this day, and he seemed not at all the man who would sit before the fire in the evening and talk softly of the age of heroes and the children of the forest. He had taken off Father's face, Bran thought, and donned the face of Lord Stark of Winterfell.

The Final Empire, an epic fantasy set in the world of Scadriel, follows a few different viewpoint characters, but the main protagonists (and viewpoint characters) are Vin and Kelsier. The below excerpt is from the third person limited point of view of Vin.

Ash fell from the sky.

Vin watched the downy flakes drift through the air. Leisurely. Careless. Free. The puffs of soot fell like black snowflakes, descending upon the dark city of Luthadel. They drifted in corners, blowing in the breeze and curling in tiny whirlwinds over the cobblestones. They seemed so uncaring. What would that be like?

Vin sat quietly in one of the crew’s watch-holes—a hidden alcove built into the bricks on the side of the safehouse. From within it, a crewmember could watch the street for signs of danger. Vin wasn’t on duty—the watch-hole was simply one of the few places where she could find solitude.

And Vin liked solitude. When you’re alone, no one can betray you. Reen’s words. Her brother had taught her so many things, then had reinforced them by doing what he’d always promised he would—by betraying her himself. It’s the only way you’ll learn. Anyone will betray you, Vin. Anyone.

This novel uses close third person limited to lead us through the world of Guy Montag and his journey of disillusionment and dissent. The reader follows as Montag breaks free of the social constraints of a fictional version of America. Once again, third person limited helps us connect with the character and see the world around him.

It was a pleasure to burn.

It was a special pleasure to see things eaten, to see things blackened and changed. With the brass nozzle in his fists, with this great python spitting its venomous kerosene upon the world, the blood pounded in his head, and his hands were the hands of some amazing conductor playing all the symphonies of blazing and burning to bring down the tatters and charcoal ruins of history. With his symbolic helmet numbered 451 on his stolid head, and his eyes all orange flame with the thought of what came next, he flicked the igniter and the house jumped up in a gorging fire that burned the evening sky red and yellow and black. He strode in a swarm of fireflies. He wanted above all, like the old joke, to shove a marshmallow on a stick in the furnace, while the flapping pigeon-winged books died on the porch and lawn of the house. While the books went up in sparkling whirls and blew away on a wind turned dark with burning.

Montag grinned the fierce grin of all men singed and driven back by flame.

4. A Wrinkle in Time – Madeleine L'Engle

This young adult novel is told through the main character, Meg. YA is famous for favouring first person POV, but when it comes to travelling through the universe and uncovering its secrets, a bit of cinematic effect through third person can’t hurt.

It was a dark and stormy night.

In her attic bedroom Margaret Murry, wrapped in an old patchwork quilt, sat on the foot of her bed and watched the trees tossing in the frenzied lashing of the wind. Behind the trees clouds scudded frantically across the sky. Every few moments the moon ripped through them, creating wraith-like shadows that raced along the ground.

Wrapped in her quilt, Meg shook.

This prize-winning novel follows Marghe Taishan, an anthropologist sent to study native societies of a far-away planet. The story explores the themes of gender and humanity. Third person limited lends itself to the complexity of the subject, allowing the reader to consider it on a personal and societal level.

Marghe’s suit was still open at neck and wrist, and the helmet rested in the crook of her left arm. An ID flash was sealed to her shoulder: “Marguerite Angelica Taishan, SEC.’’ The suit was wrinkled and smelled of just-unrolled plastic, and she felt heavy and awkward, even in the two-thirds gravity of orbital station Estrade.

She stood by the airlock at the inside end of A Section. The door was already open. Waiting. She rested the fingertips of her right hand on the smooth ceramic of the raised hatch frame; it was cool, shocking after two days of the close human heat of A Section.

6. The Rage of Dragons – Evan Winter

Written from multiple points of view, The Rage of Dragons is an epic fantasy that primarily follows Tau, a young soldier, as he navigates through a world driven by war and class. While the majority of the book is written in the third person limited point of view of Tau, we occasionally get other characters' points of view interspersed within the story.

The below excerpt is from the point of view of Queen Taifa, and is where the story begins.

Queen Taifa stood at the bow of Targon, her beached warship, and looked out at the massacre on the sands. Her other ships were empty. The fighting men and women of the Chosen were already onshore, were already killing and dying. Their screams, not so different from the cries of those they fought, washed over her in waves.

She looked to the sun. It burned high overhead and the killing would not stop until well past nightfall, which meant too many more would die. She heard footsteps on the deck behind her and tried to take comfort in the sounds of Tsiory’s gait.

Taifa nodded, permitting him to speak, but did not turn away from the slaughter on the shore. If this was to be the end of her people, she would bear witness. She could do that much.


7. The Blade Itself – Joe Abercrombie

Another epic fantasy with multiple viewpoint characters, Joe Abercrombie uses third person limited point of view expertly, allowing the reader to form deep connections with a range of morally grey characters as we follow them on their journey in and around the city of Adua.

Logen opened his eyes a crack. Light, blurry bright through leaves. This was death? Then why did it hurt so much? His whole left side was throbbing. He tried to take a proper breath, choked, coughed up water, spat out mud. He groaned, flopped over onto his hands and knees, dragged himself up out of the river, gasping through clenched teeth, rolled onto his back in the moss and slime and rotten sticks at the water’s edge.

He lay there for a moment, staring up at the grey sky beyond the black branches, breath wheezing in his raw throat.

The Poppy War, an epic fantasy set in the fictional country of Nikan, follows the viewpoint character of Rin, an orphaned girl who pushes herself to gain acceptance to an elite military academy where she struggles against the harsh stereotypes and negative perceptions that come with her skin colour and her socioeconomic background.

Snideness aside, Rin was deeply grateful for Nezha’s presence. As much as they had hated each other at the Academy, Rin found comfort in having someone else from her class here on the other side of the country, so far away from Sinegard. It was good to have someone who could sympathize, in some way, with what she was going through.

And she didn’t want to admit it, but Nezha was a welcome relief from Altan, who had taken lately to hurling objects across the room at the slightest hint of disobedience. Rin found herself wondering why they hadn’t become friends sooner.

It helped that Nezha had stopped acting like he had a stick up his ass. War brought out the worst in some people; with Nezha, though, it had transformed him, stripping away his snobby pretensions. It seemed petty now to maintain her old grudge. It was difficult to dislike someone who had saved her life.

Take notice. When you're reading, think about the narrative choices the author is making, and ask yourself where the scene is being framed from. When you begin to be a little more intentional about point of view, your writing will undoubtedly improve.
If you're struggling with nailing the point of view in your story, I can help! I offer a range of editorial services including a manuscript critique which focuses on point of view, as well as other larger elements of your story such as characterisation, plot, pacing, structure and dialogue. Drop me a message!
Until the next time,